Thank you for visiting www.pushpgangaventures.com

We are currently in the process of updating our website in consonance with the Real Estate (Regulation and Development) Act, 2016 and the Rules made thereunder (“RERA”), which have been brought into effect from 1st May, 2017.Until our website is duly revised and updated, none of the images, material, stock photography, projections, details, descriptions and other information that are currently available and/or displayed on the website, should not be considered as advertisements, solicitations, marketing, offer for sale, invitation to offer, invitation to acquire property. Further we shall not be responsible for any consequences of any action taken by any person or authority relying on material/information or otherwise. We shall be back shortly with an updated website. Thank you for your patience

Please contact our sales team on +9120 2611 1090/ sales@pushpgangaventures.com for updated information on sales.

Get Pushpganga in your Mobile.

Download our top-rated app, It's free, easy and smart. 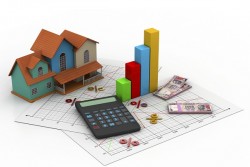 The paradox of Indian real estate

India has a huge demand for houses. Industry experts peg this number at 50 million houses in next 10 years – urbanization as a trend has just touched the tip of the iceberg. At a fundamental level, the underlying drivers of demand are strong – key drivers being:
a) High population growth, unlike some European countries that experience negative population growth and have a difficult time filling out existing inventory
b) Population becoming more affluent i.e. more people getting more money in their hands to invest
c) Cities like NCR, Mumbai, Bengaluru see other factors that drive further demand; high immigrant population – with several 100,000s moving in and out of these cities every year creates churn and opportunity; also these cities see demand from neighboring states e.g. the people who can afford it, in let’s say UP, Himanchal, want a secondary residence in NCR/Delhi
Despite this every one in three houses being constructed is still unsold, notwithstanding builders, brokers, online broking houses and now even e-commerce portals trying to entice customers with lucrative schemes and offers. The situation is alarming, there are more than 6 lakh units in top cities in India which will take multiple years to get sold. It is indeed paradoxical that there is supply and there is demand, yet no transactions.
What is driving this paradoxical situation is a market that is going through change; a market that is going through the pain of transitioning from the high-growth expectations of the past to a mature one that will see saner returns.
Developers, still carry significant memory muscle from the hay days, when projects would sell quickly, and everyone saw high returns in short periods of time. Some ambitious developers are still going 4 to 5x under i.e. they launch one project, and use the capital from initial sale to start a second project, then use the proceeds from the second project to start a third and then a fourth and sometimes even a fifth. Instead of using the proceeds to actually develop and deliver, they inter-link cash-flows and spread themselves thin. This strategy worked during high-growth periods, but in a slow market, where projects don’t sell as quickly, when one project is unable to sell, it puts the death-knell on all 4-5 projects. Such behavior/delays, not only seriously impact returns (IRRs), but dampens overall investment sentiment thus putting the market in a downward-spiral of prices not rising, unsold inventory, incomplete projects, leading to further depressed prices/returns. Unfortunately, we all have heard of cases where people have invested their life’s savings in projects that might not see the light of day.
Having said that, some projects are just strategically wrong. Real estate typically develops like an Indian tawa (the kind we make our rotis on!) – first the center gets heated and then gradually spreads outwards. Some developers, in their enthusiasm (did I hear, irrational exuberance?), have missed the mark and gone way outwards than currently supported by the market.
In addition, with limited structured financing options, builders raise capital from small time real estate investors. The investors need returns, which the builder gives by artificially inflating the primary price of the property. It has come to a point where the prices have gone beyond the affordability range of the end customers in certain regions. Builders realize this well enough but are unwilling to sell a product at last years price because that would break down their investor network.
End-users and investors alike, are both dis-enamored by poor returns and a lot more cautious for risk of being stuck with incomplete projects. Consequently, the industry is now shifting from a “pre-launch” to a build and sell model like developed markets, again signs of a maturing industry.
The real estate market is considered as one of the drivers of growth for developing economies. China has been very quick to bring in measures to make sure the engine is always running at optimum speed. When the market was getting over heated, they introduced regulations to dissuade buying second home. The same were eased recently as the economy slowed down. Our government needs to act with the same alacrity. The growth for real estate sector which is 6% of Indian economy was estimated to be 12-13% CAGR. That means 10% of Prime ministers target of 7% GDP growth has to come from this sector. Without a doubt, real estate has and will play an important role in the growth of this economy.
Whether the inventory remains unsold or is in the hands of speculative real estate investors, there is a desperate search for end-customers and real users – who remain elusive. So what will happen now?
Market will have to find a way that this inventory reaches the hands of people who will actually stay there. It is interesting to note that from historically being a seller’s market, real estate in India is now a buyers market. Each buyer has lots of similar options to choose from. As buyers, dictate terms – price discovery in the non-transparent real estate market becomes the main problem.
This is complete paradigm shift. Existing online players will struggle and will be forced to reinvent themselves. I expect entirely new transaction-oriented models (vs simple listing-based models) to come up to solve this problem. HDFC Realty’s ibidmyhome which does a reverse auction for new home buyers is one of the interesting new ways. Another possibility is to turbo-charge the real estate brokers who make the market, with information exchange systems similar to the MLS in the US and use them to drive sales. A Chinese company, FangDD has been extremely successful with this approach. It remains to be seen who breaks this paradox for India, but for someone who does, the prize money is huge.
Source – TOI Blog